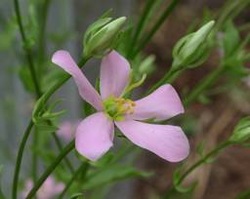 Why do small populations decline? How do plant-pollinator interactions and the mating system play a role? What selection pressures do small, fragmented populations face, and can they adapt? Although plant reproduction and mating system research are typically studied independently from population demography, I am particularly interested in how these are linked. We know that Allee effects leave small populations susceptible to reduced reproduction and genetic diversity, but how do patterns of mating play a role? My past work examined how reproductive success, genetic diversity, selfing rate, and inbreeding depression vary across populations of different sizes in the biennial Sabatia angularis. I demonstrated that small populations of this species have dramatically reduced fruit set and increased levels of selfing. Moreover, small populations tend to have higher levels of inbreeding depression. More recent work from the lab has shown how small populations surrounded by urban development rely on self-pollination to provide reproductive assurance, and that populations with weaker plant-pollinator interactions experience stronger selection on floral traits.
Because offspring produced by self-fertilization are more likely to have decreased survival and reproduction, a major conservation concern relates to whether and how loss of pollinator services for individual plants scales up to influence plant population growth and persistence. An ongoing NSF-funded study in our lab is experimentally investigating the impact of changes in the frequency of self-fertilization on population growth under different ecological conditions. 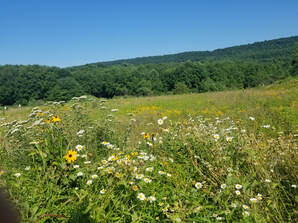 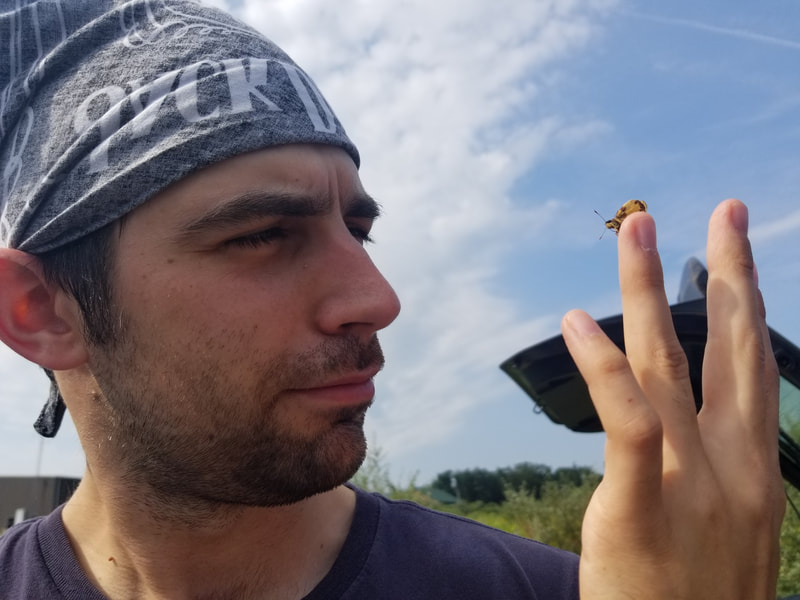 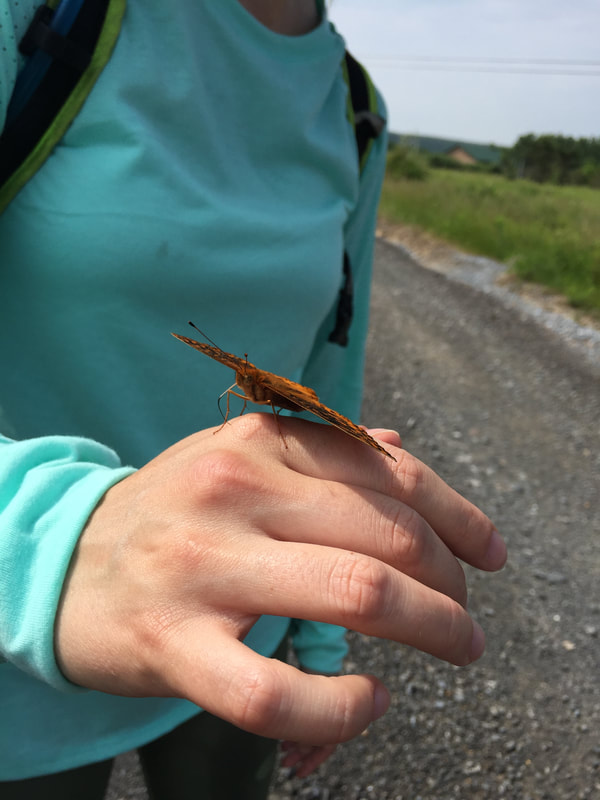 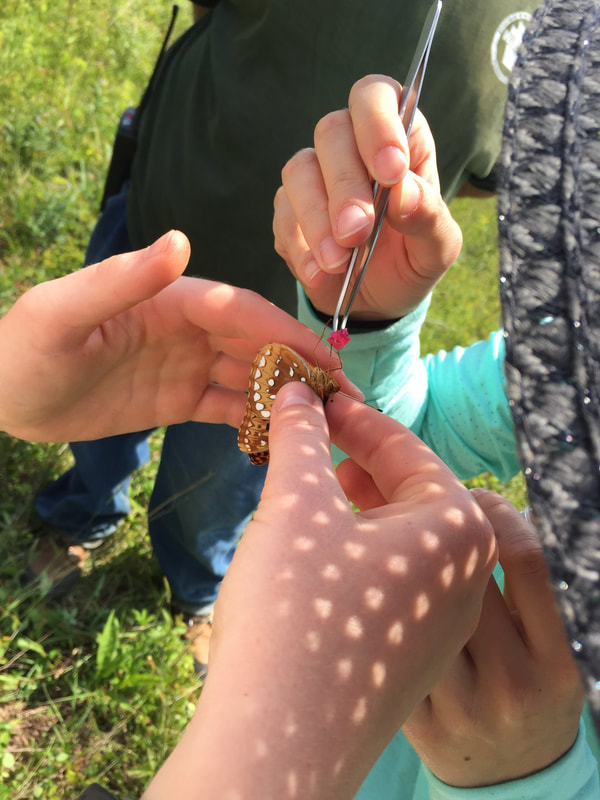 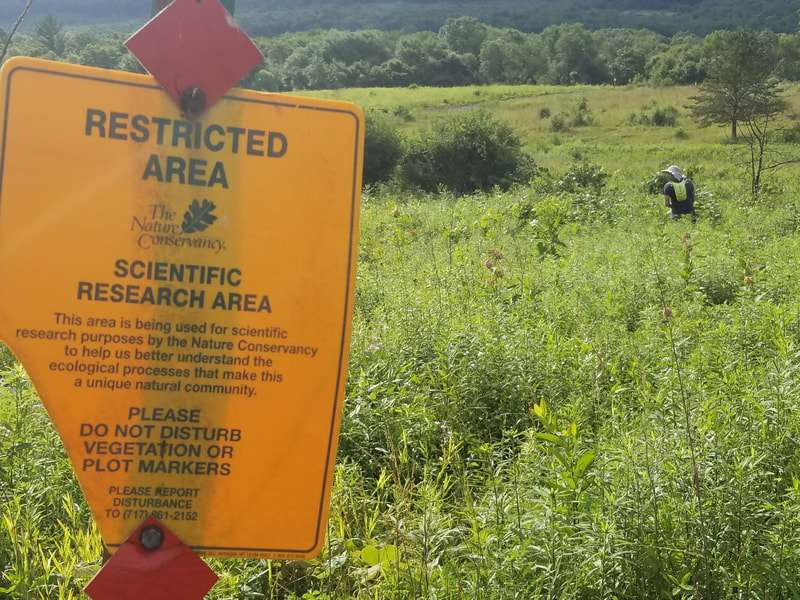 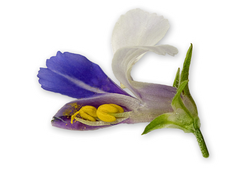 What genetic and ecological factors influence the evolution of selfing and the stability of mixed-mating? How do ‘selfing syndromes’ evolve?
In contrast to  classical models on the evolution of selfing predict that species should either be completely selfing or completely outcrossing, over 40% of flowering plant species studied show a mixture of these two mating strategies (‘mixed-mating’; reviewed in Goodwillie et al. 2005). I am interested in how ecological context, specifically selection for reproductive assurance in the absence of pollinators, plays a role in the evolution of selfing. In my past and current research, I use a combination of experimental and observational approaches to address this question in the annual Collinsia verna (Plantaginaceae), in collaboration with Susan Kalisz, and in the biennial Sabatia angularis (Gentianaceae).
In addition, I am interested in studying how the constellation of phenotypic and life-history traits that make up the selfing syndrome (e.g. small flower size, short lifespan) evolve in conjunction with the mating system. Do they evolve simultaneously as a consequence of shared, genetic control? Or, do they evolve sequentially, with one suite of traits following the other? I am using experimental approaches to address this question in Collinsia; future work will address this question using genetic approaches and elucidating the genetic architecture of the selfing syndrome. 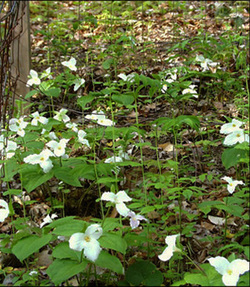 How do ecological interactions shape life-history evolution and population dynamics? I worked with Suzan Kalisz to assess whether and how antagonists, in particular, shape the demography and life history evolution of understory perennial plants. Two major antagonists to native plants in eastern hardwood forests of the United States are overabundant white‐tailed deer (Odocoileus virginianus) and the invasive plant garlic mustard (Alliaria petiolata), which suppress mutualistic fungi of native plants via allelochemicals. Over the decade, the Kalisz lab has collected individual‐based demographic data on seven focal understory plant species in replicate paired plots where deer exclusion/access and garlic mustard removal treatments are crossed. Using this extraordinary dataset, we can address questions about how herbivores, invasive species, and their interaction influence flowering phenology, sex ratios, demographic transitions, population growth, and selection on life-history strategies.
To shed first light on the genetic and ecological mechanisms on later stages of the gynodioecy-dioecy pathway, I worked with wild strawberry, which has a unique sexual system where females, hermaphrodites, and males coexist within populations (subdioecy). My work on the genetic architecture of sex determination in wild strawberry uncovered the first evidence of the earliest stages of sex chromosome evolution: a proto-sex chromosome with male- and female-function loci linked but with recombination between them. In addition, my ecological and population genetic work in natural populations has shown how both plasticity of sex expression in hermaphrodites and high levels of gene flow among populations can maintain hermaphrodites in subdioecioius populations and retard the evolution of dioecy.
Powered by